September 15, 2017
Part of Gabe's birthday present was tickets to The Abrams concert at Stonefields.  I am a very pompous music snob, because I am from Toronto and that's what we do... we mock everything that isn't at the Brunswick House or Lee's Palace.   It's not intensional.  We really are just that arrogant.

But this concert - WAS THE BOMB!!

The opener was Sacha.  Normally you wait for the opening act to be done so the main act can just hurry up and play, but Sacha was totally awesome and super sweet and very tuneful and I loved her and I loved her fringed jacket almost as much!!  She gave Essy a free CD and signed it.  Go like her on Instagram.  Sacha Visagie

The Abrams were the best live band I have ever seen.  I can't really add much more hyperbole than that.  James Abram was an amazing fiddle player.  Totally amazing.  Their basist played for The Strokes and a bunch of other awesome 90s bands and he was the coolest basist player, pretty much ever.   They were talented and totally into it and humble-hearted and they ended the show with "God bless you" and after the show they chatted it up wit the kids and told them to practice their piano.

They are playing at MacDondald's corners in a few weeks... we might go, for Jason's birthday, or because it's Friday or something... 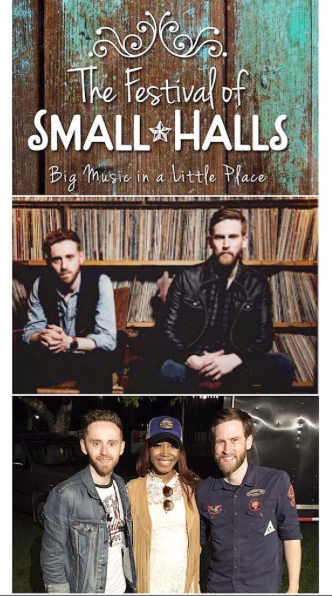 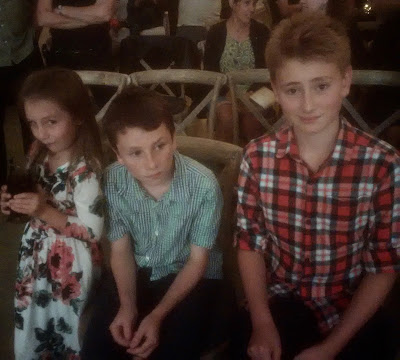 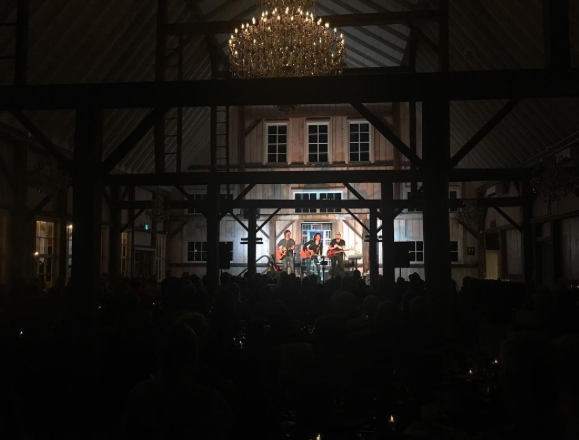 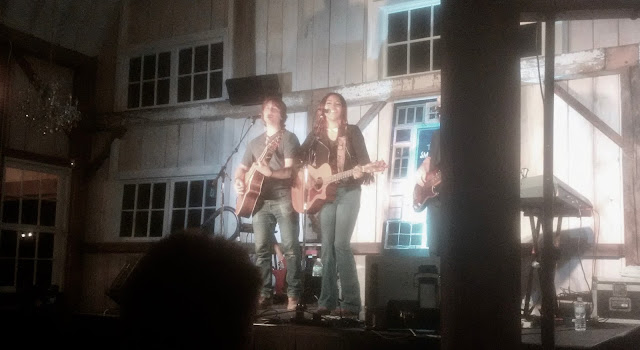 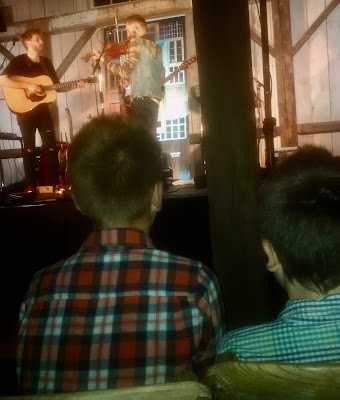 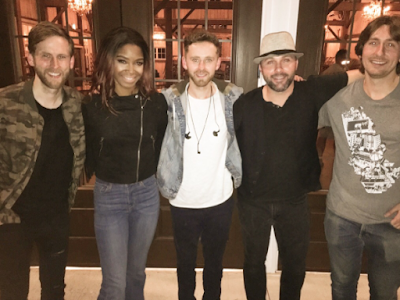