September 23, 2016
The chickens were wandering all over God's creation, so we had been keeping them in the run.
BUT THEN: they can fly.  So that was only a six minute solution.

SO - Youtube suggested wing clipping, which I thought was something you said to your wayward kids, as in, "If you don't stop running around with that (enter name) I am going to clip your wings."

My two sons, whom I think are the best young men around, rounded them up and trimmed their primary flight feathers....and if you've ever tried to round up ornery chickens, you'll know it's no small feat.

Thank you Dr. J. Wile for your "Exploring Creation with Flying Creatures" series.  It really helped us distinguish primary from secondary flight feathers.

I truly feel that "I will not be ashamed at the Gate" with these young men in my life.
Psalm 127:5 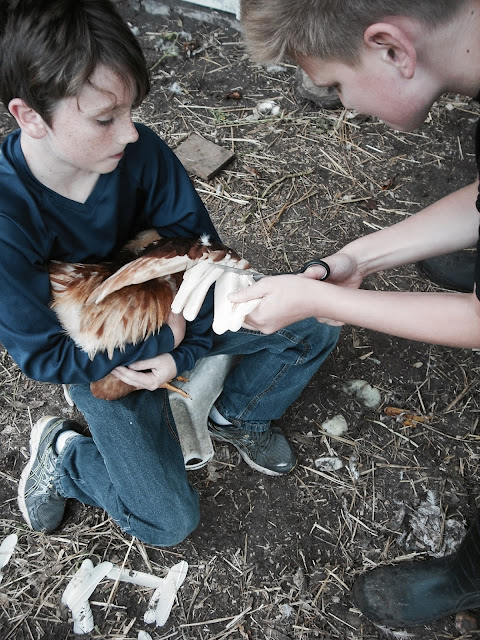