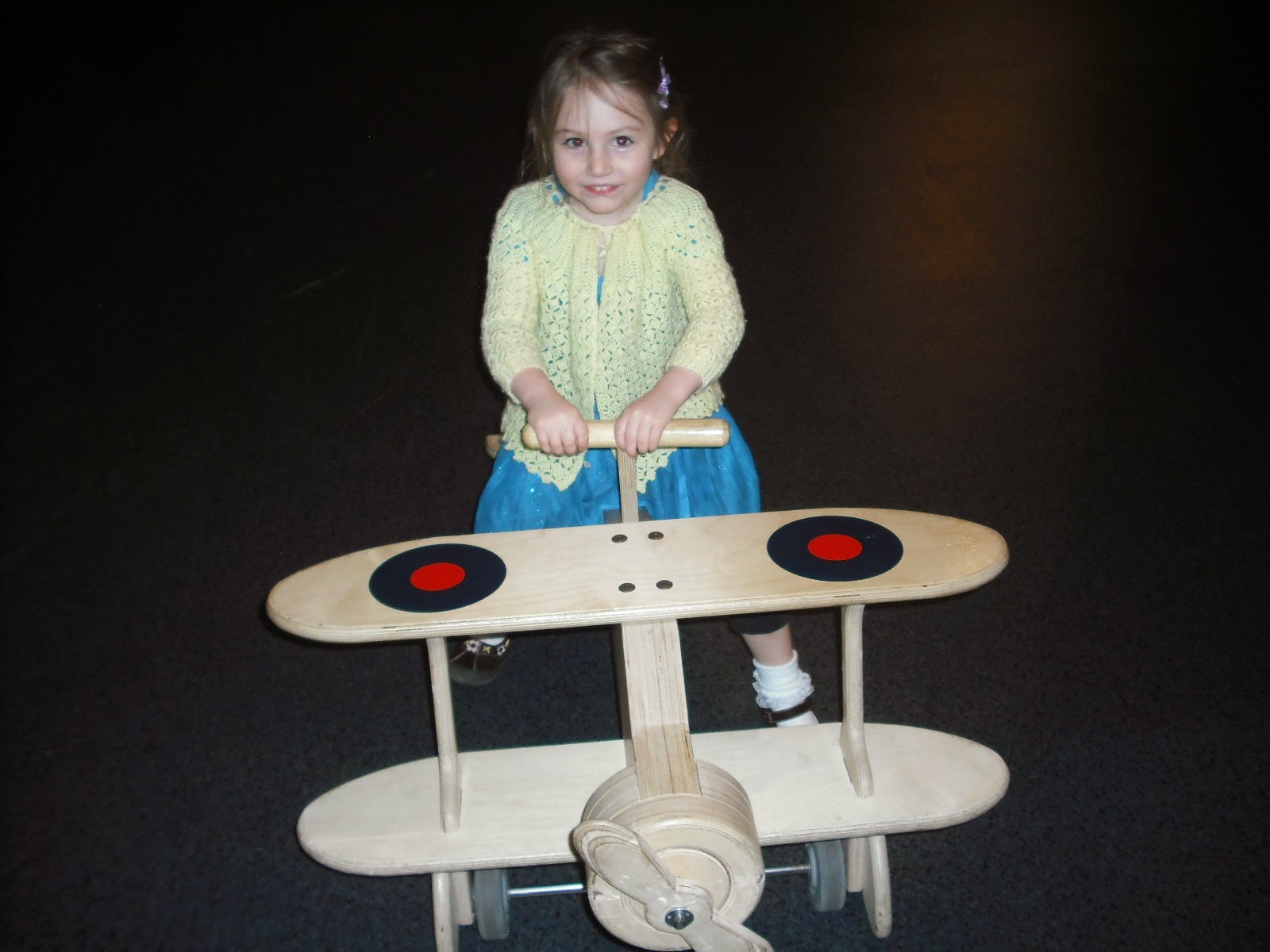 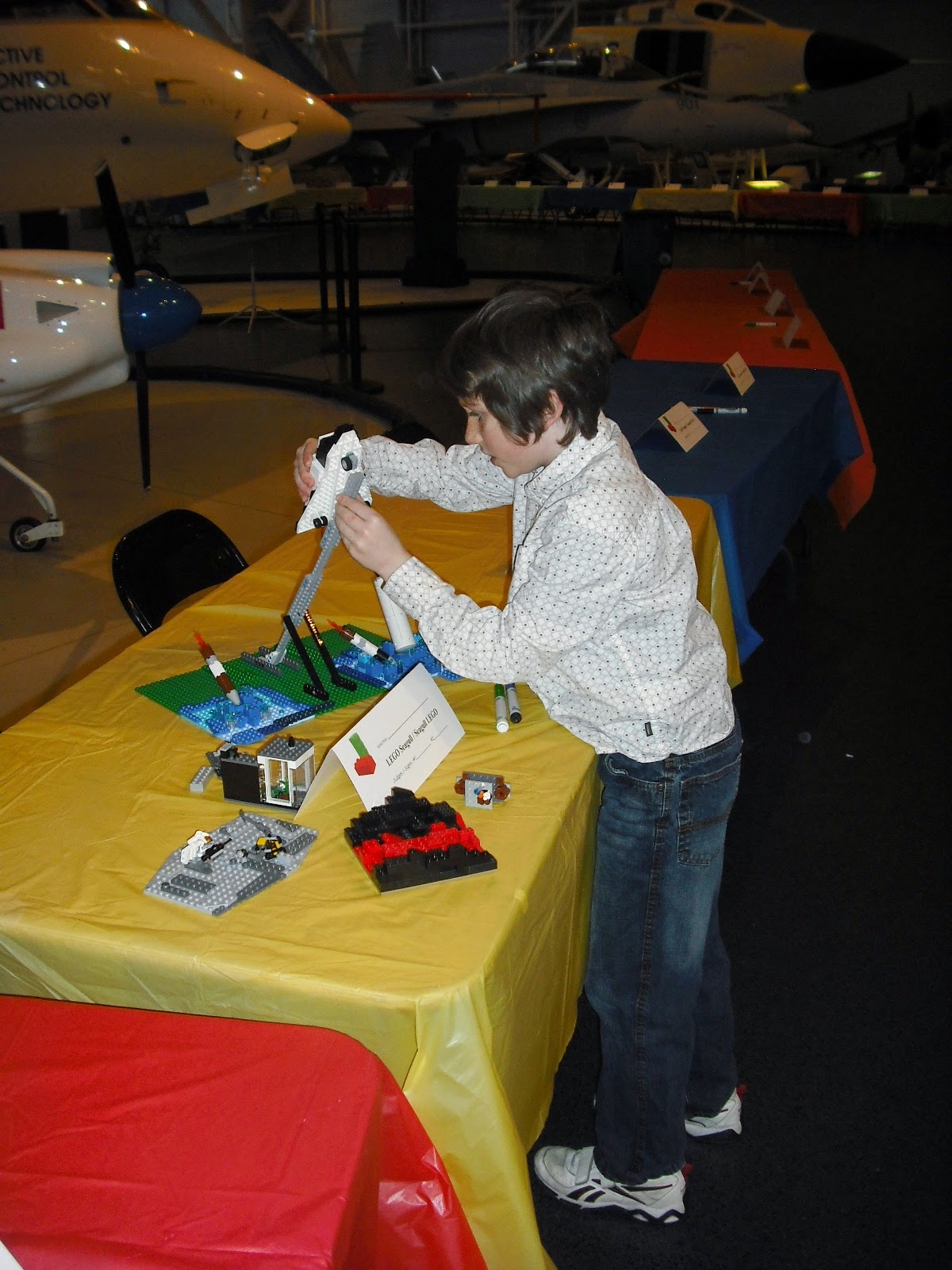 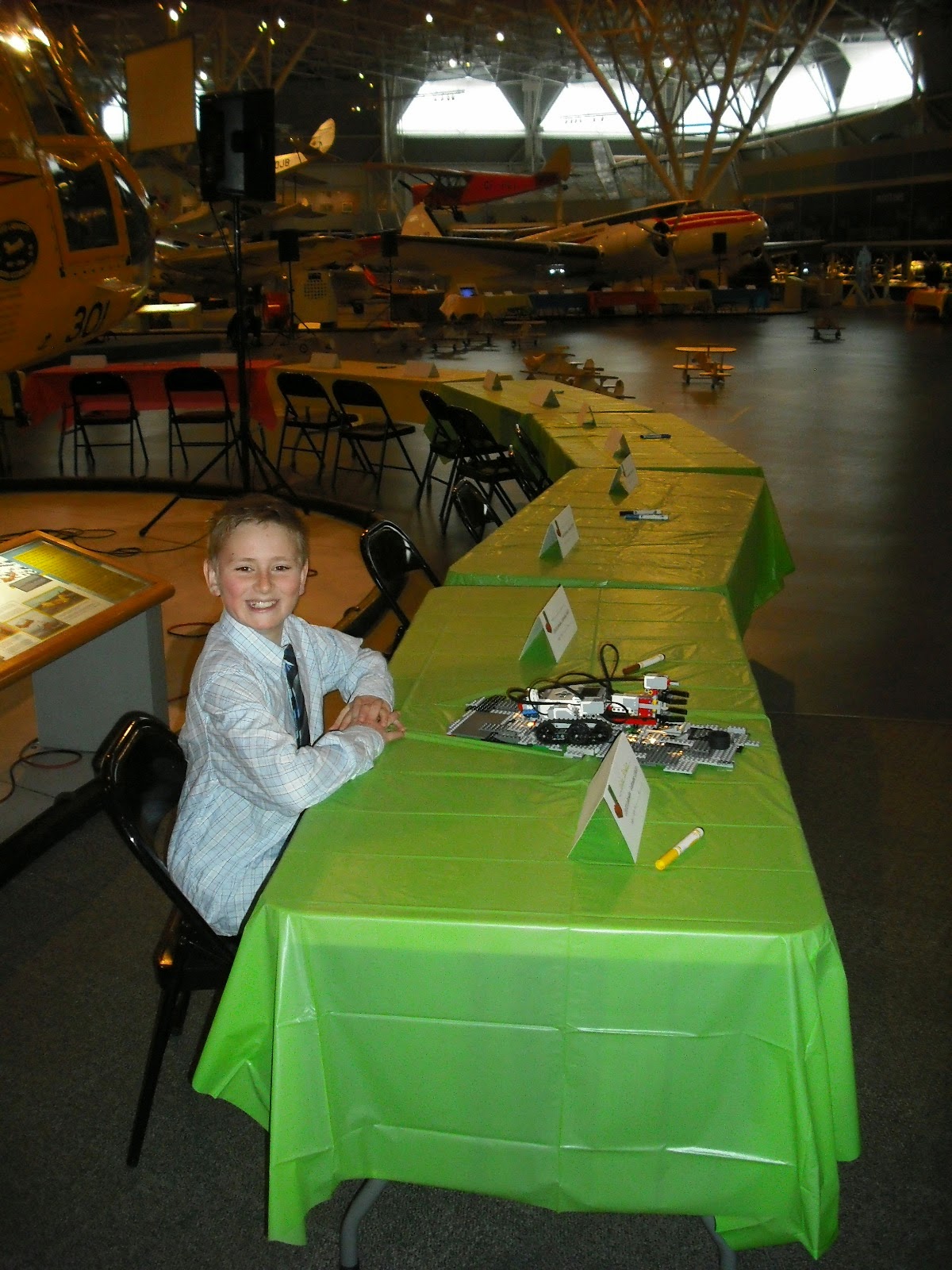 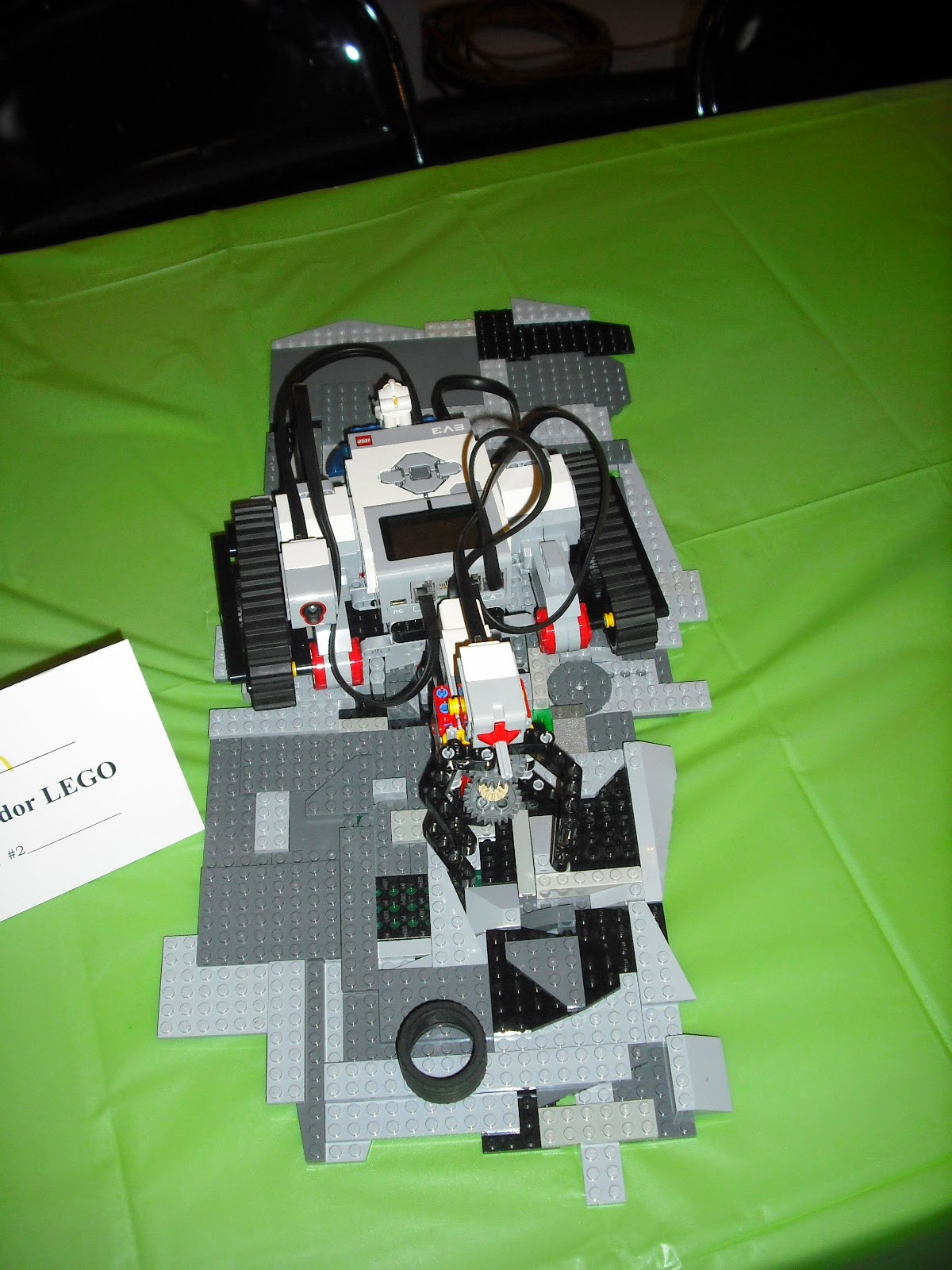 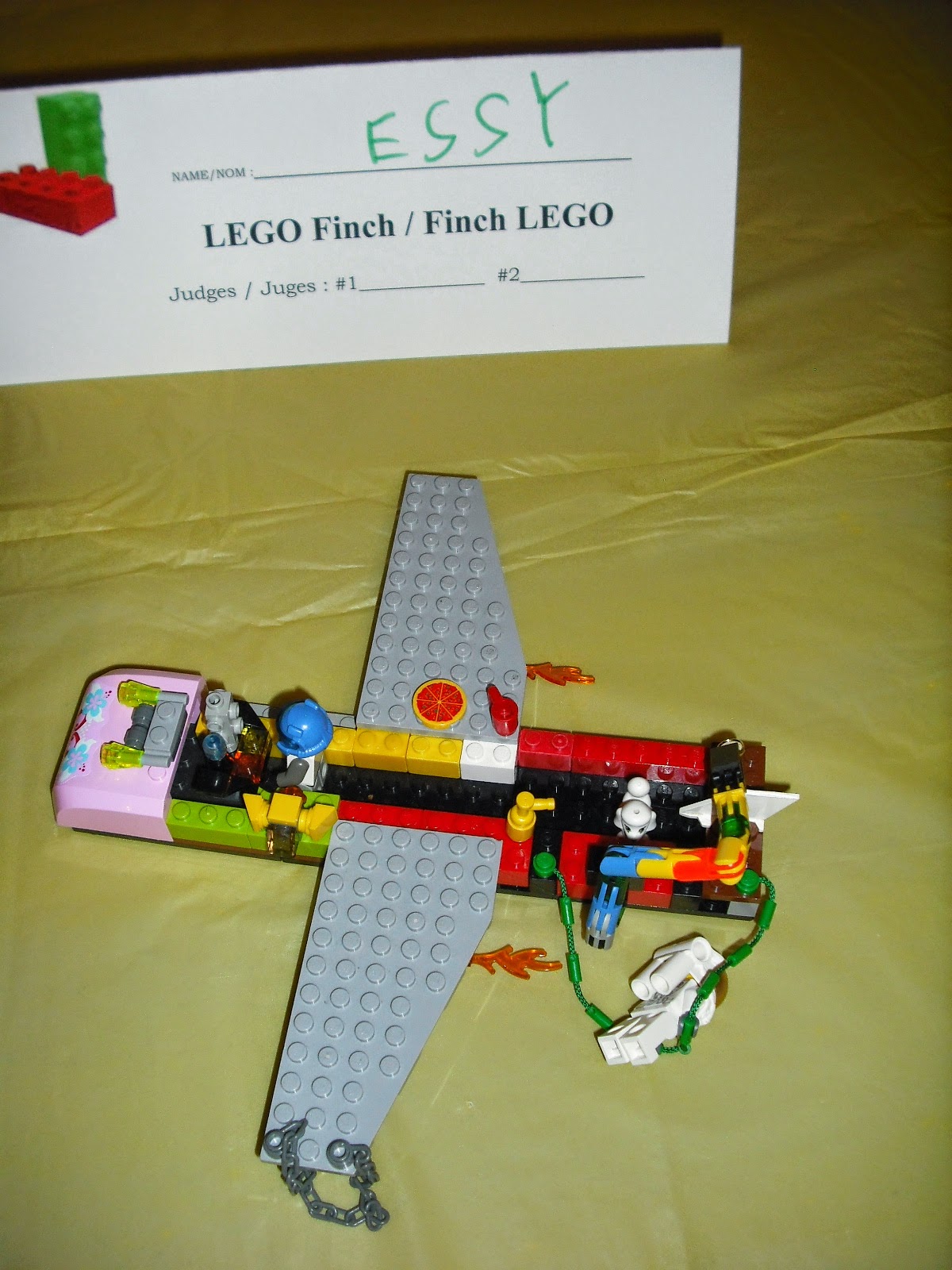 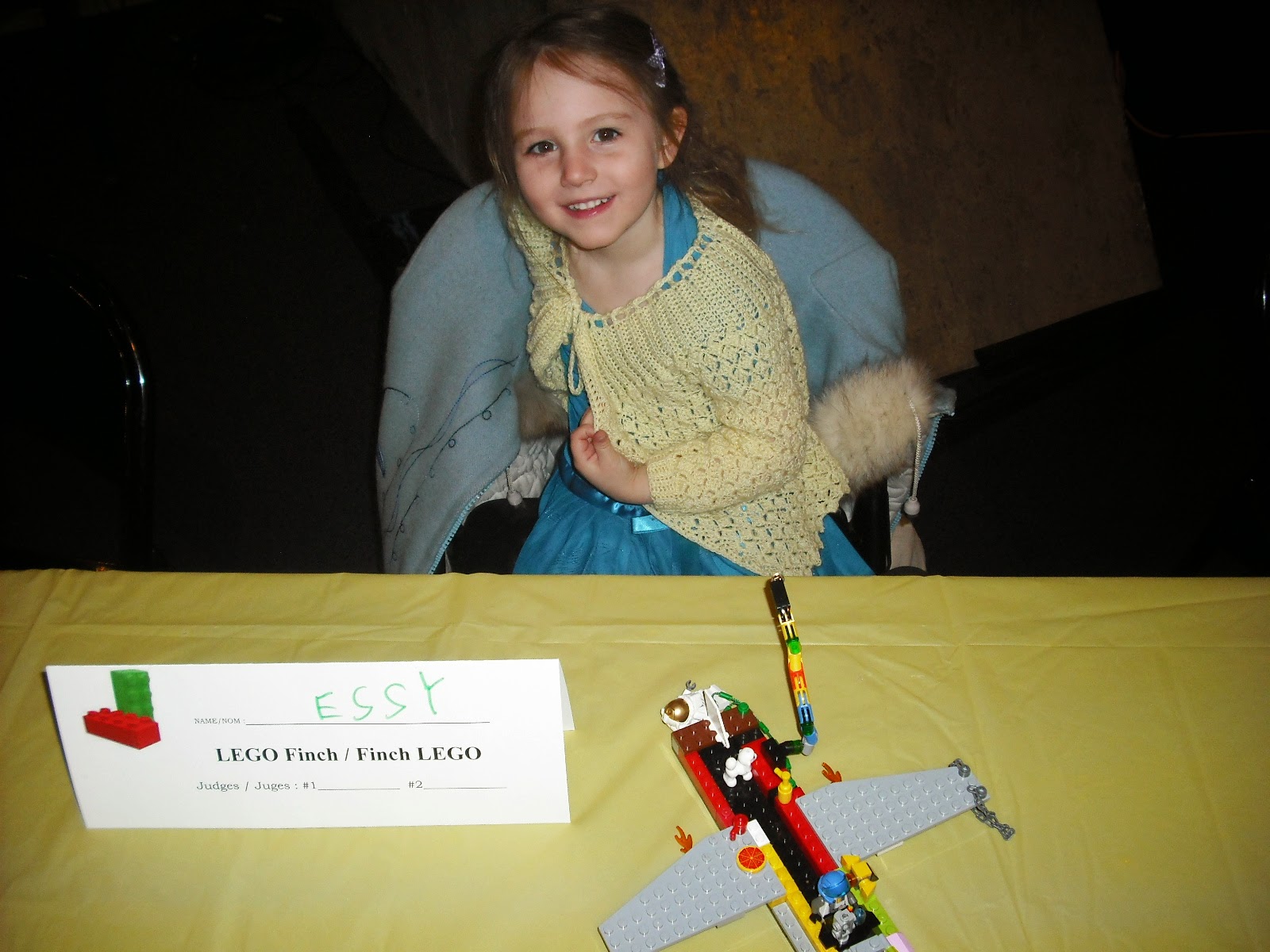 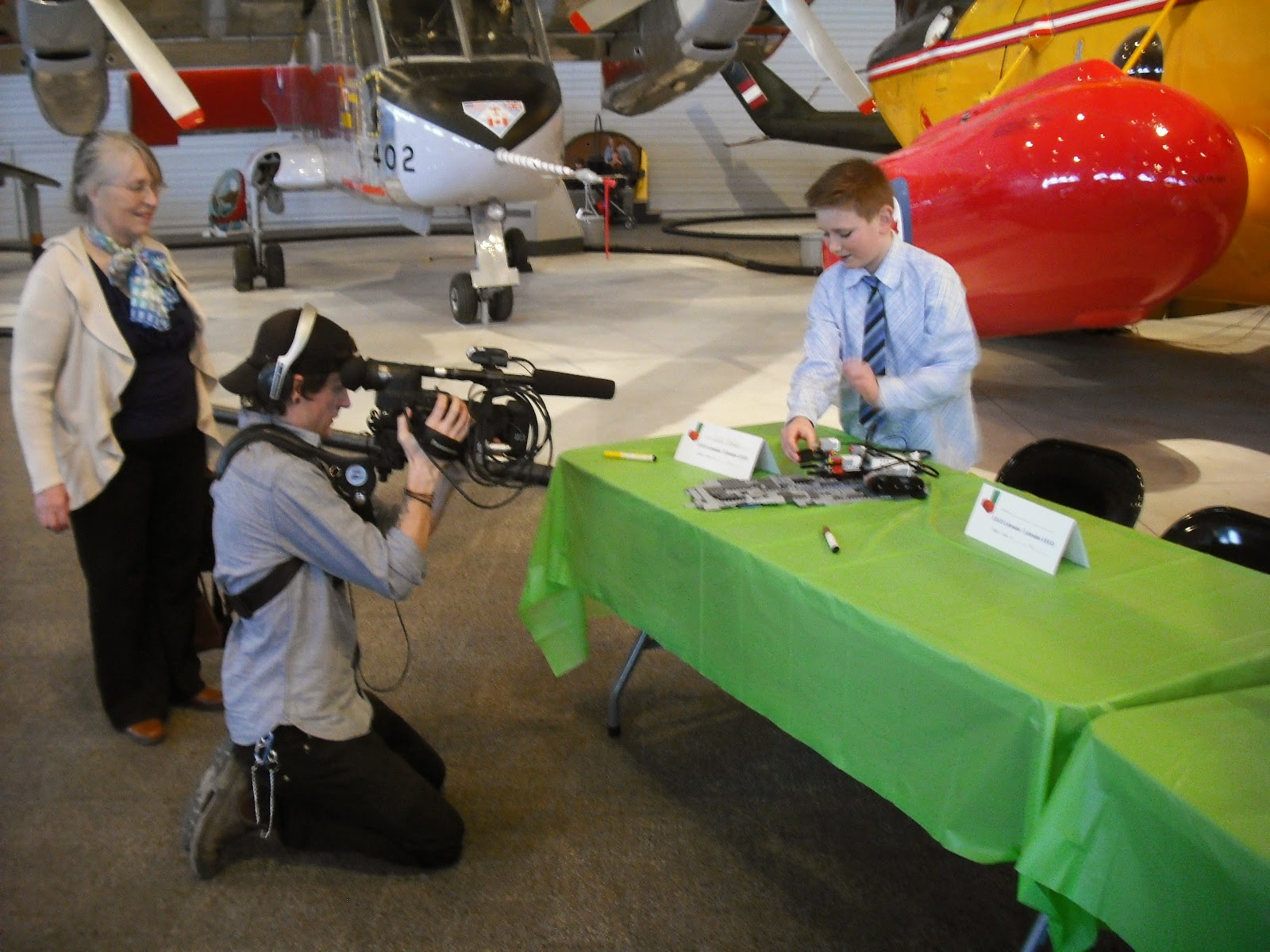 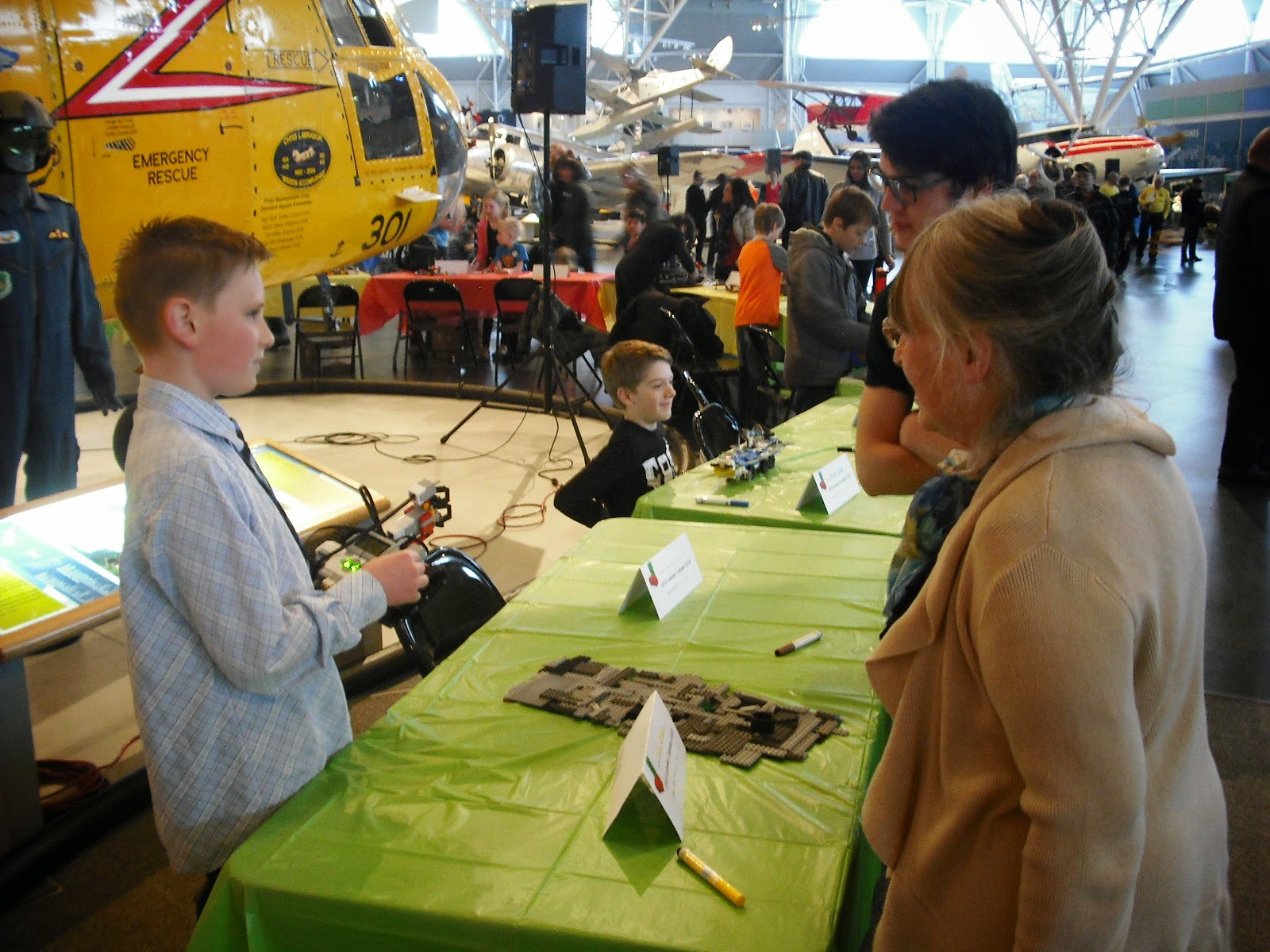 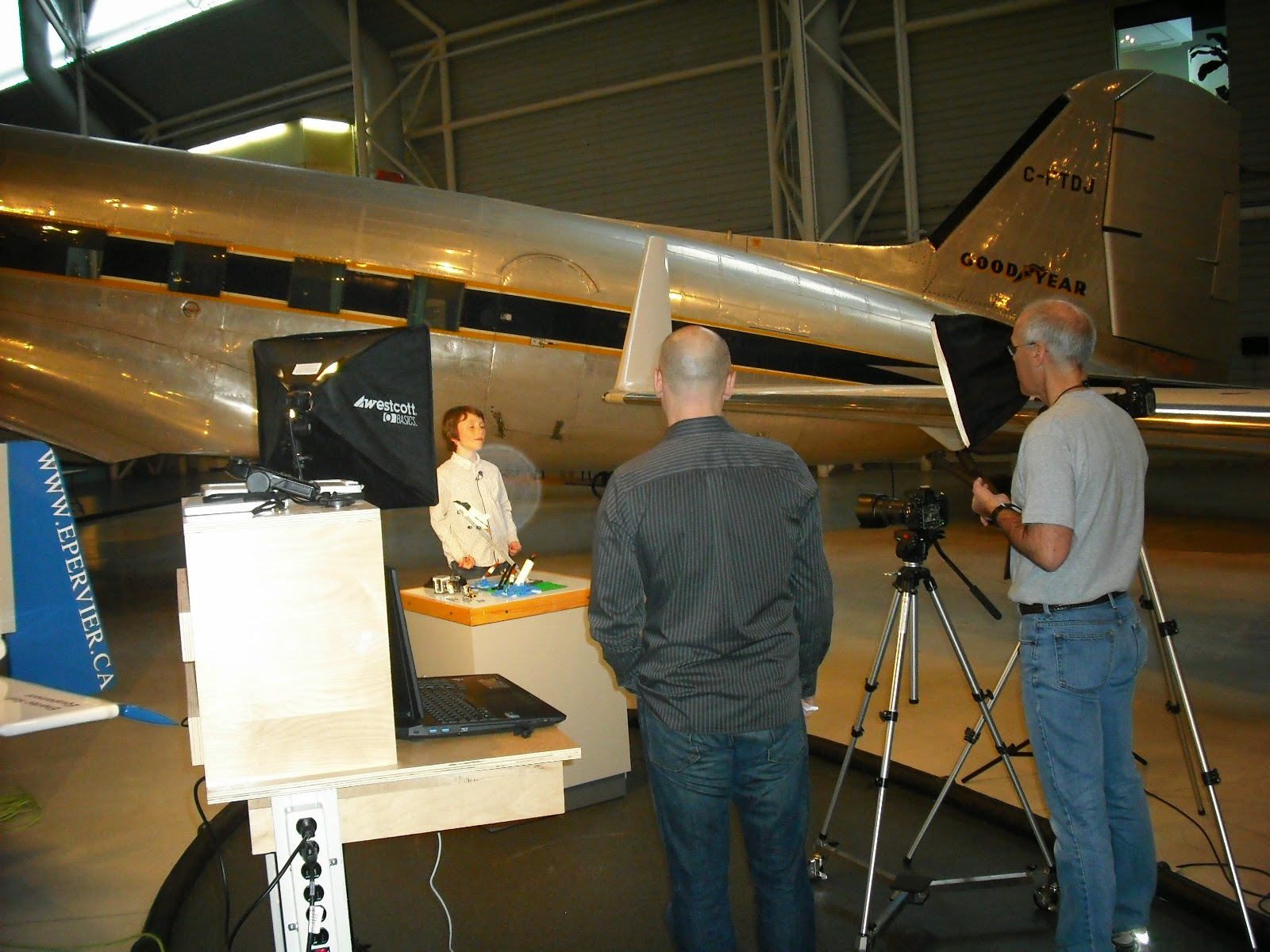 The aviation museum's Lego contest is probably the highlight of the kids' school year.  My kids get pretty into the contest and there is copious amounts of lego on tables and floors for weeks before the event.  It's a well run contest and they give out prizes for first, second and third in four age categories.  It's a great opportunity for the kids to enjoy the rigours of a real competition.

This year's lego competition yielded very disappointing results for the boys.  Gabe's EV3 program crashed the morning of the competition and neither dad nor he was able to get it fully functional before we had to leave for the contest. The colour sensor wouldn't work. The grip arm was locking..... Gabe was a picture of steadfastness despite his dispiritedness.  He presented to the judges what his robot would have been able to do if it had only worked.

Cole, who has won a prize 3 years running, didn't place this year and although he was disappointed, he managed to sincerely congratulate the winner and admire the first place prize.  Cole was chosen by the aviation museum advertising co-ordinator to be interviewed on film for the Lego Contest promotional page on their website and facebook feed, which was a sweet salve.

I am always blessed and humbled by how the Lord works for our good, but not always for our pleasure.  The boys would have loved to win.  It is what they wanted.  But instead, Gabe learned to persevere in trial and to finish what he had begun in spite of significant set backs and frustration.  Cole learned grace in defeat and was rewarded with something that does not usually come naturally to him: an opportunity for public speaking.

Esther was a sweet comforter to both boys.

I feel humbled and so thankful to have these children as gifts from God.  As an imperfect parent, I do everything to try to manoeuvre success for these kids - paving the way - as if I could.  Our perfect heavenly Father, who "works for the good of those who love Him." (Rom 8:28), knows their needs and meets them in his sweetness with what is "better than we can even ask or imagine." (Eph 3:20) 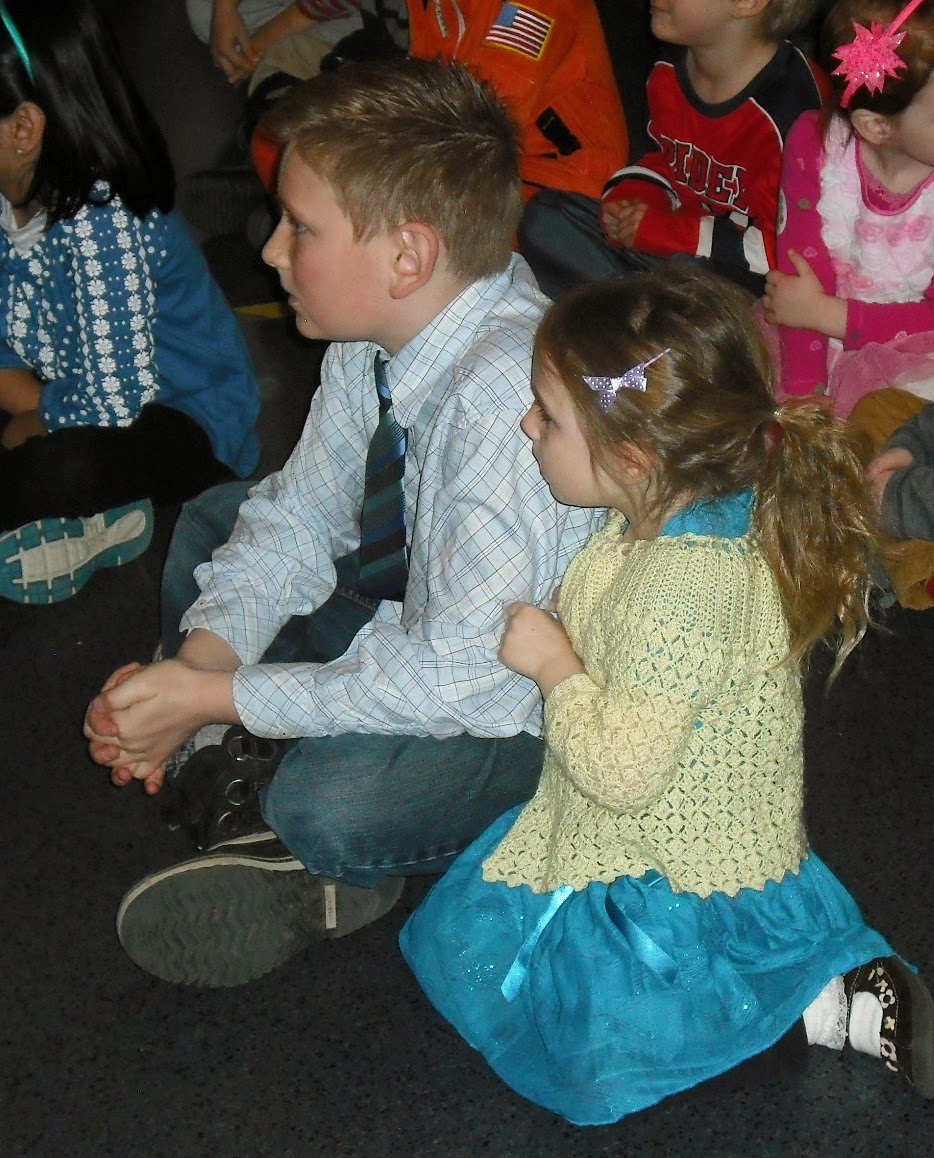