March 04, 2019
This year's STEM competition was very different from previous years for team Steampunk.  It was the first time Esther and Cole made up the team as Gabe aged out last year and is now a Tech Judge.  He spent the day judging the junior teams.

In the past, Gabe has been the programmer and Cole was the mechanical and design guy, but this year Cole had to step into the programming role and that left Esther to support him with the design and program trouble shooting and all the other things that go into the day, like posters and theme-displays.  Our team has to complete in the Jr High division because Cole is in grade 7, so it was a big challenge for them, and they worked really, really hard on it.

AND they did totally amazing - Three golds.

I never would have guessed, 8 years ago, that Cole's obsession with Lego would have brought us to this kind of competition.  This robot stuff has really shaped the kids' education and I am super thankful for it.  It opened a window to basic programming and I think that was the catalyst for Gabe to get into more advanced programming languages.  It gave Cole a creative outlet for his ability to see mechanical designs in his head and make them work using the EV3.

It is so hard to know what will stick with kids.  I remember my dad said that when we were little, he just threw stuff at us and hoped something would stick.  Music. Sports. Art. Lego... You just throw stuff at them and make a space for it to root and see what takes.

None of this would happen in they didn't have a dad like our Jason Braden.  He spent hours guiding them and supporting their efforts.  He has maintained a very hard to establish balance between helping them, but also letting them flail a bit to try to solve their own problems.  He did a day-of pep talk that showed how much he knows his own kids:  "What do you do when the robot doesn't do what it is supposed during the trial?" and "What do you do if we lose?" and "Show me how you will smile and shake hands if we lose."

I am so proud of these kids and I am so thankful for their dad. 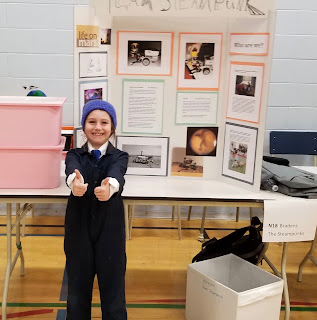 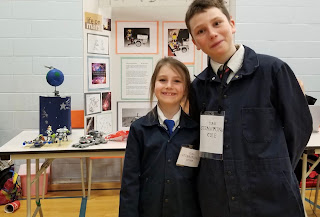 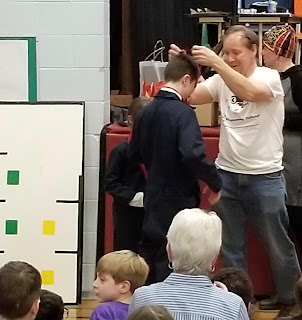 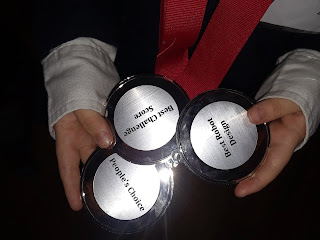