September 25, 2018
I listen to a lot of podcasts because you can clean a toilet and listen to a podcast at the same time. Some of my favourites are Bo Marinov and Axe to the Root, Ben Shapiro - always fantastic.  Jordan Peterson is fine, as long as he isn't yelling.  But my favourite of all favourites is Ear Hustle.  I linked it below.  It is humane, sometimes sombre and totally heart wrenching, but also funny as heck.  You should listen to it.  It's a bit heavy on the swearing, but so am I sometimes....

I feel very convicted when I listen to Ear Hustle about the Christian's role in the penal system.  Some of these men are in prison for 30 and 40 years for burglary, or gang activity, or manslaughter - often accidental while in a brawl.  It totally grieves me to think of these healthy young men living out their idiotic misdeeds for 30 and 40 and 50 years.  The Bible is so clear on the punishments for crimes. They never involve wasting away in a 4 by 9 ft cell for decades.  The Bible has such a beautiful picture of restitution for theft and reconciliation into society through work and repayment.  There are whole papers written about the mercy of God's Law when it comes to manslaughter.  (In my opinion, many of the men in prison for manslaughter would fall into what is described in Deuteronomy 19 - Is a fist fight that is started by another gang member that ends with someone dead the unintentional death of another man? Is defending your mother against her abusing boyfriend by shooting him first actually mercy?  I think there is room for that.)  What would it look like for a country like the US which has 2 million inmates if we reassessed God's punishments for crimes?  What if we didn't just throw these men into jail to die slowly?

Anyway.  You should listen.  They are some sweet and endearing characters.  I especially like the one about prison pets by an inmate named Roach. 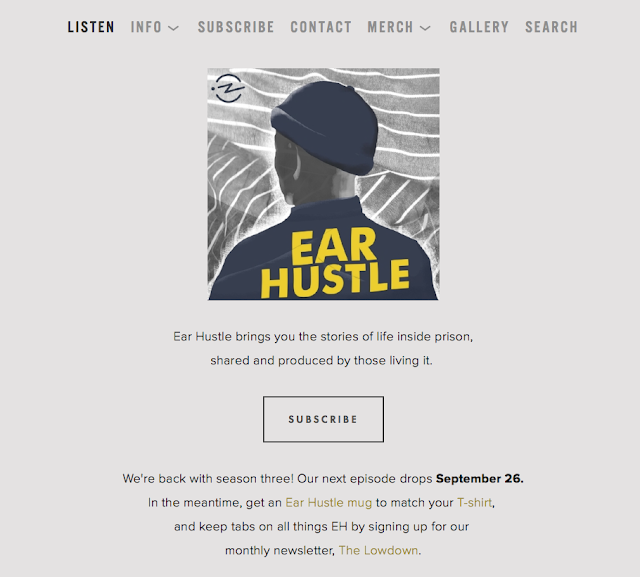